There are two types of dependencies that you can use in Multiplatform Mobile projects:

When you work with a shared module, you can also depend on native dependencies and use them in the native source sets, androidMain and iosMain. Typically, you'll need these dependencies when you want to work with platform APIs, for example security storage, and there is common logic.

For both types of dependencies, you can use local and external repositories.

If you have experience developing Android apps, adding a multiplatform dependency is similar to adding a Gradle dependency in a regular Android project. The only difference is that you need to specify the source set.

Let's now go back to the app and make the greeting a little more festive. In addition to the device information, add a function to display the number of days left until New Year's Day. The kotlinx-datetime library, which has full multiplatform support, is the most convenient way to work with dates in your shared code. 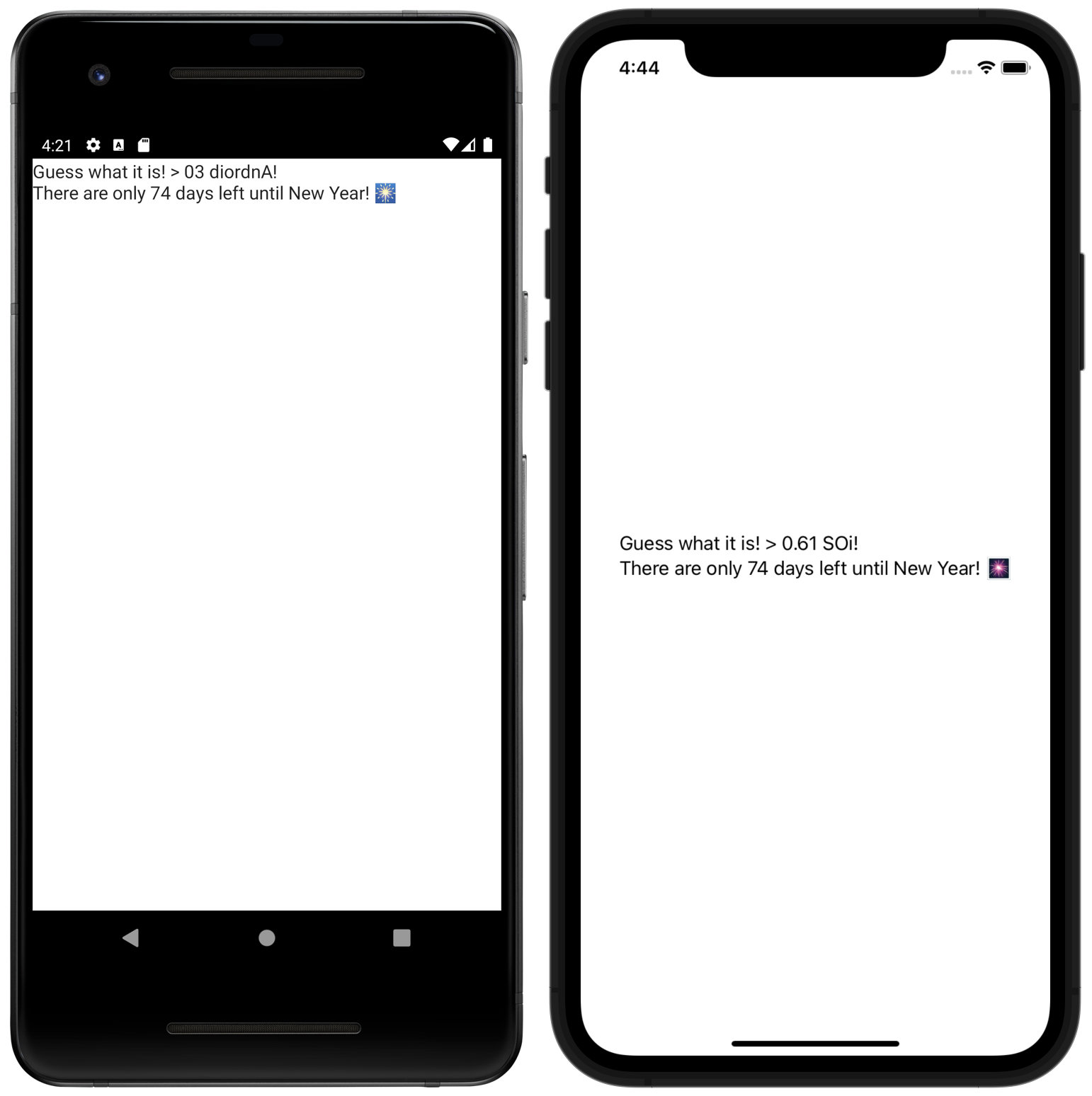 In the next part of the tutorial, you'll add more dependencies and more complex logic to your project.

Proceed to the next part